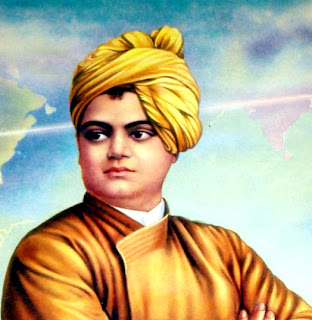 Amsterdam, January 16: It was a complete surprise for the conservators and curators of Amsterdam’s Rijks Museum as they witnessed that the Shiva Nataraj statue was in solid bronze and also the aureole and the demon under Shiva’s feet are also solid.
This Dancing Shiva statue was X-rayed using high-energy digital radiation, along with the lorry transporting it, in the most powerful X-ray tunnel for containers of the Rotterdam customs authority, normally used to scan sea containers for suspicious contents. It is said to be the first research of its kind on a museological masterpiece.

At 153 cm x 114.5 cm, the Rijksmuseum’s Shiva is the largest known bronze statue from the Chola Dynasty (9th to 12th century) kept in a museological collection outside of India. Given its weight (300 kg), the statue has always been suspected of not being hollow, as has been common practice in Europe since the Greek Antiquity.

As part of an earlier investigation, an X-ray was taken of the statue in a Rijksmuseum gallery in 1999 while visitors were evacuated as a precaution against radiation. Unfortunately, the equipment used at the time (280 KeV) was not powerful enough to determine anything definitively. The Rotterdam X-ray tunnel of the Rotterdam customs authority offered a solution.
Hindu statesman Rajan Zed has applauded Rijksmuseum for its interest in Hindu artifacts. Zed, who is President of Universal Society of Hinduism, in a statement in Nevada (USA), urged the major museums of world to acquire more Hindu sculpture and art; dedicate permanent space to Hindu artifacts; and organize more exhibitions of Hindu art, sculptures, and architecture to make aware the present and future generations about their richness.
Rajan Zed argued that because of their richness and other factors, Hindu artifacts were becoming favorite of museums in America and the West. Many prestigious museums already owned Hindu sculptures and other artifacts and many were planning to acquire.
The Rijksmuseum renovation project has provided conservators and curators the opportunity to carry out in-depth research on special pieces from the Rijksmuseum collection, including this masterpiece from the Asian Art Collection. The statue was created ca. 1100 in South India. Each temple had its own set of bronze statues which were carried through the city during major temple festivals. This gives the statues their name: utsavamurti, which is Sanskrit for ‘festival images’. Chola bronzes were considered masterpieces of Indian bronze casting.
The sculpture can be seen as evidence that India has a glorious heritage of science and technology which is superior but unknown for the current World. Essentially Western world and Westernized Indians internalized colonial stereotypes that India was less rational and scientific than the West, India was world negating in its outlook, frozen in time and unable to advance without help from foreign invaders, India's civilization was mainly imported via invaders, except for its problems such as caste that were its own 'essences' and Indian society was socially backward hence dependent upon Westernization to reform its current problems. Recent revelation indicates that Hindu civilization was a master of all skilled crafts and also the craft of life.
Anna Ślączka, curator of South Asian Art, comments, ‘We had expected that the statue itself would prove to be solid, but it was a complete surprise to discover that the aureole and the demon under Shiva’s feet are also solid.’
The 12th-century Shiva Nataraja is on loan from the Vereniging van Vrienden der Aziatische Kunst (Association of Friends of Asian Art).
The appointment of the curator of South Asian Art, Anna Ślączka, was sponsored by Staal aan Zee, Tata Steel B.V., a named fund of the Rijksmuseum.
Courtesy : News Bharati
_________________________________________________________________________________

Netaji Subhash Chandra Bose
On Jan 23rd 1897, a great patriot of India was born – Netaji Subhash Chandra Bose who was the greatest freedom fighter and prominent Indian Leader and who made India independent with his strategy , struggle and will power.
The contribution of Netaji Subhas Chandra Bose to India's freedom movement needs no elaboration. You will agree that the spirit of Nationalism , patriotism and sacrifice of Netaji Bose for the Nation Must be spread throughout India. Subhash bose deserves more recognition He has been denied his rightful place in the annals of Indian history.India Today needs Netaji's ideology of patriotism back so I would like to request the Indian Government to declare 23rd January as ‘Patriotism Day' in order to promote the message of national integration.

Subhas Chandra Bose was one of the most fearsome names among the British Rulers in pre-independence India. A legend and a great freedom fighter, Subhas Chandra Bose was popularly known as ‘Neta Ji (respected leader)’ because of his leadership qualities and almost religious devotion to India’s freedom struggle. Neta Ji’s entire life is punctuated with great deeds and exceptional freedom endeavours. Born on January 23, 1897 in Cuttack, Orissa, Neta Ji Subhas Chandra Bose was the ninth child of a famous lawyer Janaki Nath Bose and Prabhavati Devi. He was a brilliant student right from his childhood. He was a topper in the Matriculation examination from Calcutta province and graduated with First class. Later on, he went to England in 1919 and appeared for prestigious Indian Civil Service Examination and achieved fourth place on merit. But Jalianwalla massacre affected him deeply and he left his Civil services apprenticeship midway.

Neta ji came back to India in 1921 with a resolve to throw the British out of the country. He joined Indian National Congress and expressed his desire to serve the nation to Mahatma Gandhi. On instructions of Gandhi Ji, he joined Deshbandhu Chittaranjan das in Calcutta. He considered Deshbandhu as his political guru. Soon enough, Subhas Chandra Bose started to show his leadership skills and became a vital part of Congress party. He was an active participant in Civil Disobedience Movement in 1930 and was sent to prison for his participation. After the suspension of the movement, he was released from the prison.

Neta Ji Subhas Chandra Bose was not convinced with Mahatma Gandhi’s method of achieving independence. He firmly believed that only way to attain independence was through armed revolution and by shedding blood. He formed his own party, Independence League and later on Forward Bloc. He quit Congress in protest to liberal policies of the party and started his own movement. Neta Ji was imprisoned several times because of his various revolutionary activities.

Life of Subash Chandra Bose was truly eventful. He approached Hitler for help against the British. Neta Ji organised Indian National Army and sought the help of Japan for military assistance. He famously said, "Tum mujhe khoon do, mein tumhe azadi dunga" (Give me your blood and I will give you freedom). He hosted the Indian National Flag in Kohima, Assam and Andaman & Nicobar Islands. But the defeat of Japan and Germany in Second World War forced Indian National Army to retreat. According to official details, Subash Chandra Bose was killed in a plane crash over Taiwan while flying to Tokyo on August 17, 1945 but not much information could be found about him afterwards.
• Give me blood and I shall give you freedom!

• As soldiers, you will always have to cherish and live up to the three ideals of faithfulness, duty and sacrifice. Soldiers who always remain faithful to their nation, who are always prepared to sacrifice their lives, are invincible. If you, too, want to be invincible, engrave these three ideals in the innermost core of your hearts.

• I have no doubt in my mind that our chief national problems relating to the eradication of poverty, illiteracy and disease and the scientific production and distribution can be tackled only along socialistic lines.

• Nationalism is inspired by the highest ideals of the human race, satyam [the true], shivam [the god], sundaram [the beautiful]. Nationalism in India has ... roused the creative faculties which for centuries had been lying dormant in our people.

• Gird up your loins for the task that now lies ahead. I had asked you for men, money and materials. I have got them in generous measure. Now I demand more of you. Men, money and materials cannot by themselves bring victory or freedom. We must have the motive-power that will inspire us to brave deeds and heroic exploits.

• It is our duty to pay for our liberty with our own blood. The freedom that we shall win through our sacrifice and exertions, we shall be able to preserve with our own strength.

• No real change in history has ever been achieved by discussions.
• We should have but one desire today ? the desire to die so that India may live ? the desire to face a martyr's death, so that the path to freedom may be paved with the martyr's blood.

• One individual may die for an idea; but that idea will, after his death, incarnate itself in a thousand lives. That is how the wheel of evolution moves on and the ideas and dreams of one nation are bequeathed to the next

• Freedom is not given, it is taken

Posted by EditorsBox at 4:34 AM No comments:

A Russian court has dismissed a call to ban an edition of the Hindu holy book Bhagvad Gita, in a case that triggered protests in India.
Prosecutors in the Siberian city of Tomsk wanted the edition to be ruled "extremist". That would put it in the same category as Hitler's Mein Kampf.

The Russian foreign ministry said it was the commentary on the text, not the text itself, that was under scrutiny.
The edition - Bhagvad Gita As It Is - is used by the Hare Krishna movement.
A lawyer representing the movement in Tomsk, Alexander Shakhov, welcomed the judge's decision, saying it "shows that Russia really is becoming a democratic society".
The controversial commentary on the text was written by A C Bhaktivedanta Swami Prabhupada, the founder of the movement, whose full title is the International Society for Krishna Consciousness.
Hare Krishna followers in Russia saw the case as part of efforts by the Russian Orthodox Church to restrict their activities.
India voices concern
The trial began in June and had been due to conclude on 19 December, but it was delayed until 28 December at the request of the Russian ombudsman for human rights.
But neither the ombudsman Vladimir Lukin nor his Tomsk colleague Nelli Krechetova was present in court for Wednesday's ruling.
On Tuesday India's Foreign Minister, SM Krishna, complained to the Russian Ambassador to India, Alexander Kadakin, about the Tomsk prosecution.
Mr Krishna said Indians had reacted very negatively to the alleged infringement of Hindu rights in Russia.
The Bhagvad Gita, one of the most popular texts for Hindus, takes the form of a conversation between the god Krishna and prince Arjuna.
Earlier this month Indian MPs demanded the government protect Hindu rights in Russia, shouting: "We will not tolerate an insult to Lord Krishna."
Ambassador Kadakin, quoted by the AP news agency, distanced himself from the Tomsk prosecutors, saying "any holy scripture, whether it is the Koran, Bhagvad Gita, the Bible, Avesta or Torah cannot be brought into court".
The Russian translation of the book was at risk of being placed on the Federal List of Extremist Materials, which bans more than 1,000 texts including Mein Kampf and publications by the Jehovah's Witness and Scientology movements.

Posted by EditorsBox at 8:05 PM No comments: